November saw a national day of action against Barclays the most invested in fossil fuels of any bank in Europe. On Monday 14th thousands of XR rebels took action at over 100 Barclays branches across the UK to protest against their investment in fossil fuels.

Protesters carefully cracked windows, threw paint, flypostered, stickered, cleaned, glued to, and chained inside branches of Barclays. At least 25 people were arrested, spread across all 4 UK nations, including 3 people wrongfully arrested for handing out leaflets. 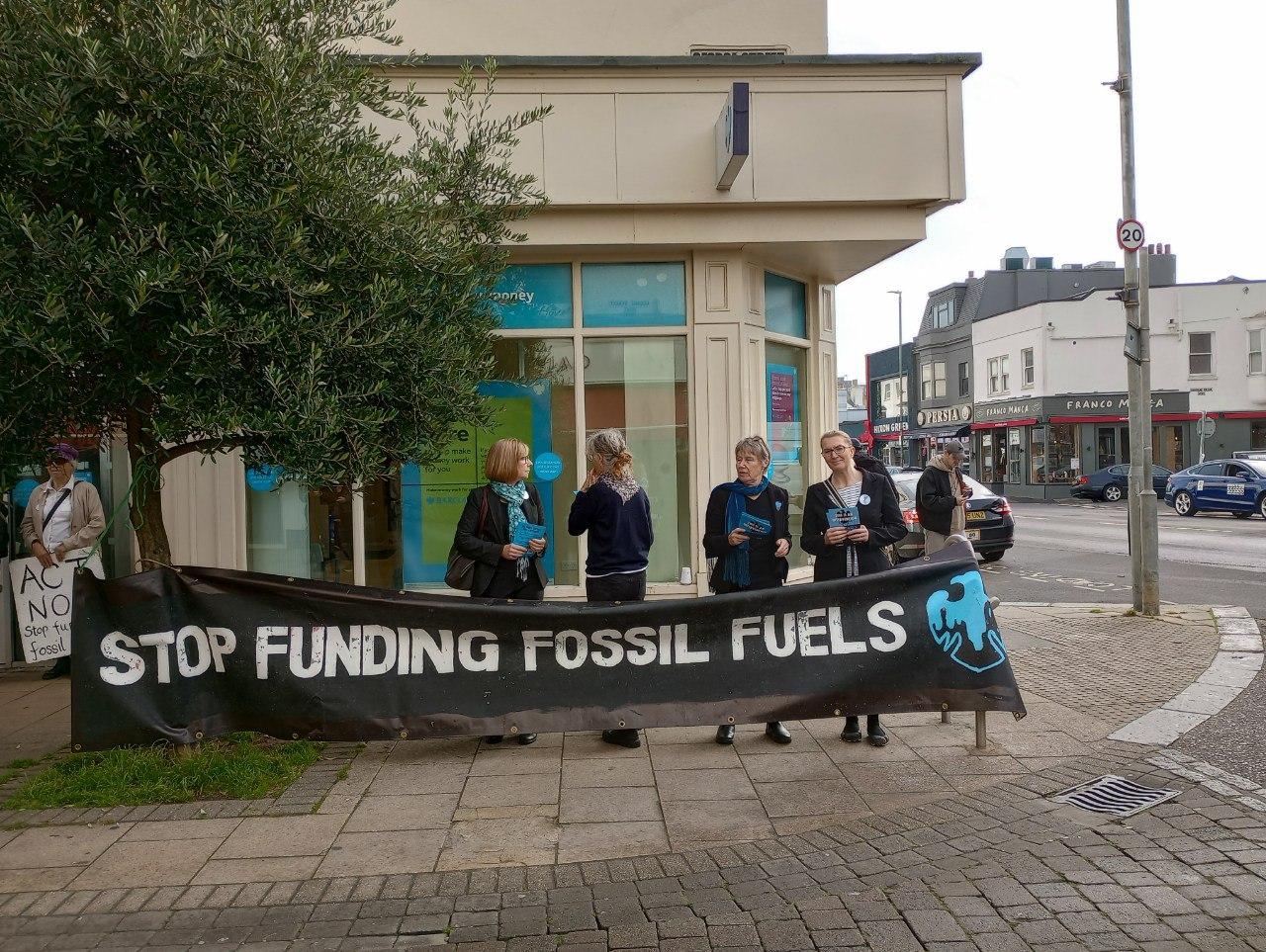 … and in the afternoon activists chained themselves to the entrance of Barclays, North Street, Brighton generating a wave of public support for their action and significant publicity from The Argus.

Speaking to The Argus on the front steps of Barclays in North Street, Brighton, the protesters called for an end to the bank investing in fossil fuels to avoid a “climate catastrophe”.

Nicola Harries, 67, a retired solicitor from Brighton, said: “We do not want any more oil out of the ground. We are outside Barclays today as a symbolic action because Barclays are chained to the fossil fuel industry.

“Until it breaks free, it is not going to help us or our grandchildren have a liveable future. Stop funding the oil and gas companies. Start reducing their support for those companies.” 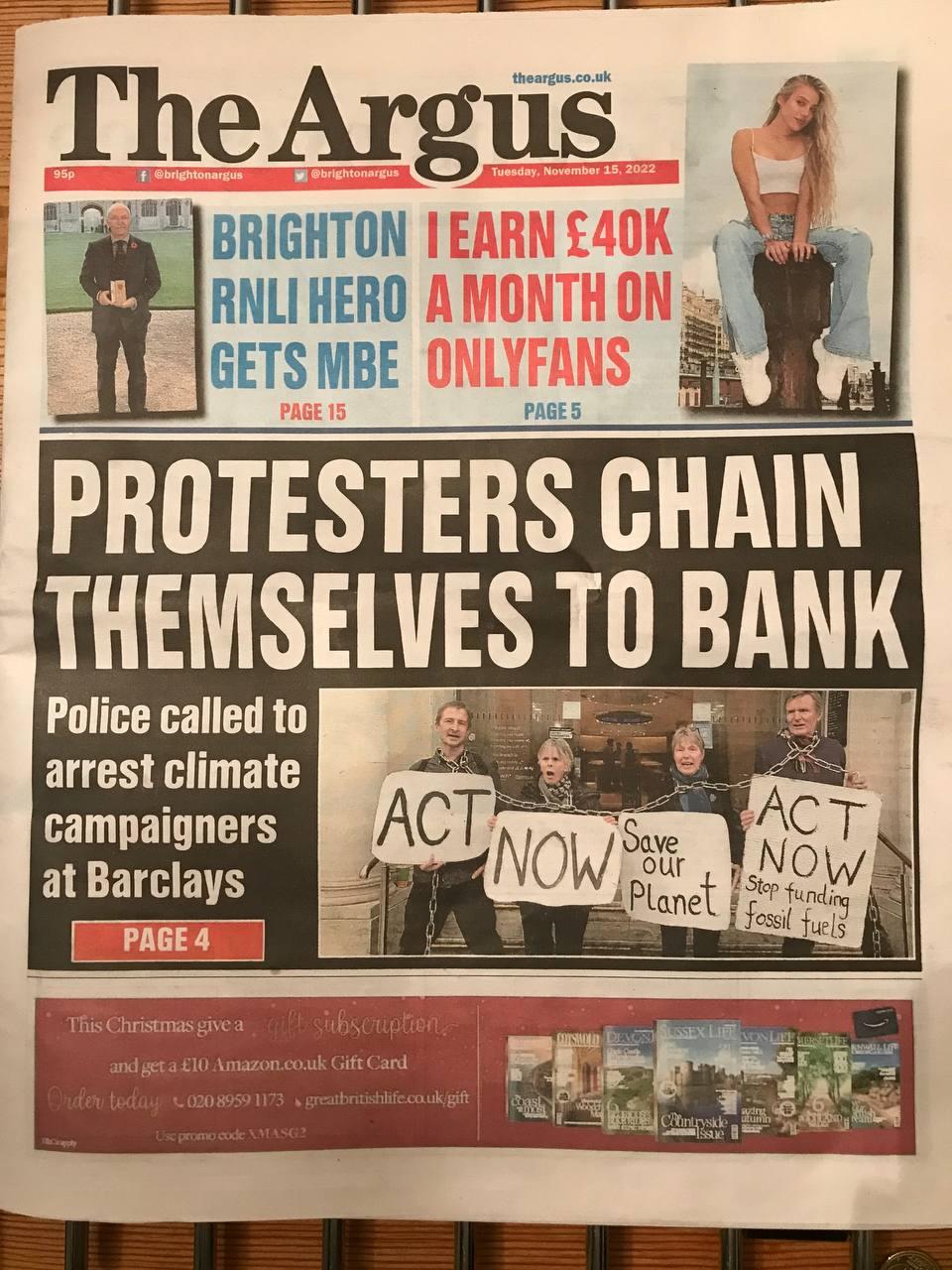 The four activists were arrested at the end of the day and charged with aggravated trespass. On release from custody they were met and supported by volunteer XRB police station supporters. The four Brighton activists ask for support when they will appear at Brighton Magistrates Court on December 15th for their plea hearing 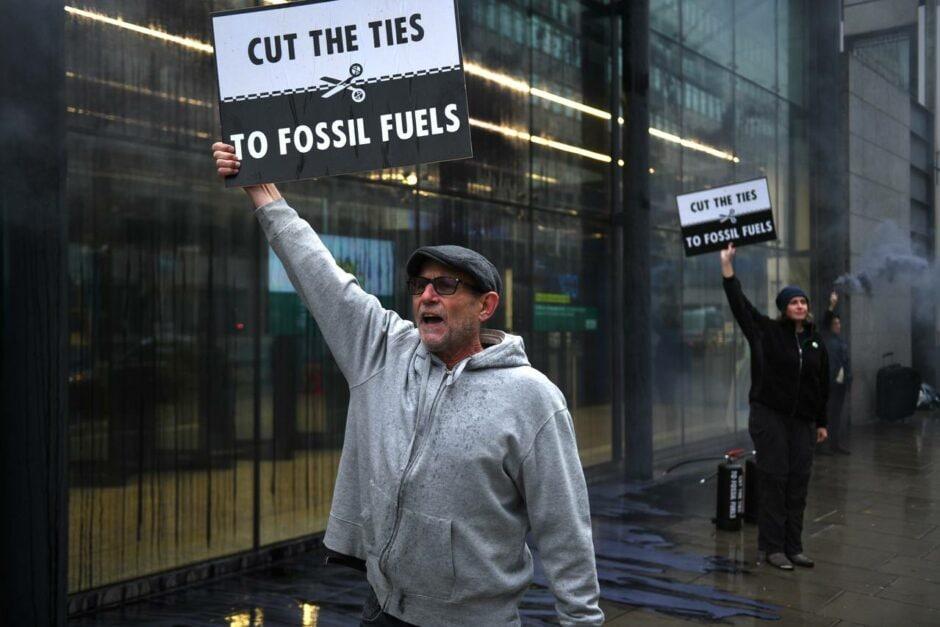 Fifteen arrests were made after climate protesters travelled to London as part of a day of action to raise awareness of several companies' involvement with the oil industry.

The protest comes as climate action groups such as XR and Just Stop Oil have ramped up efforts to try to force the government and businesses to consider the planet in an effort to protect its future.

Fifteen arrests were made by the Metropolitan Police, all for criminal damage.

Lindsay Parkin, one of the arrested protesters from Brighton, said outside the Department of Business, Energy and Industrial Strategy: “This is an intervention. We cannot afford the burning and we cannot afford the consequences for ourselves, our planet and the rest of humanity as this continues.” 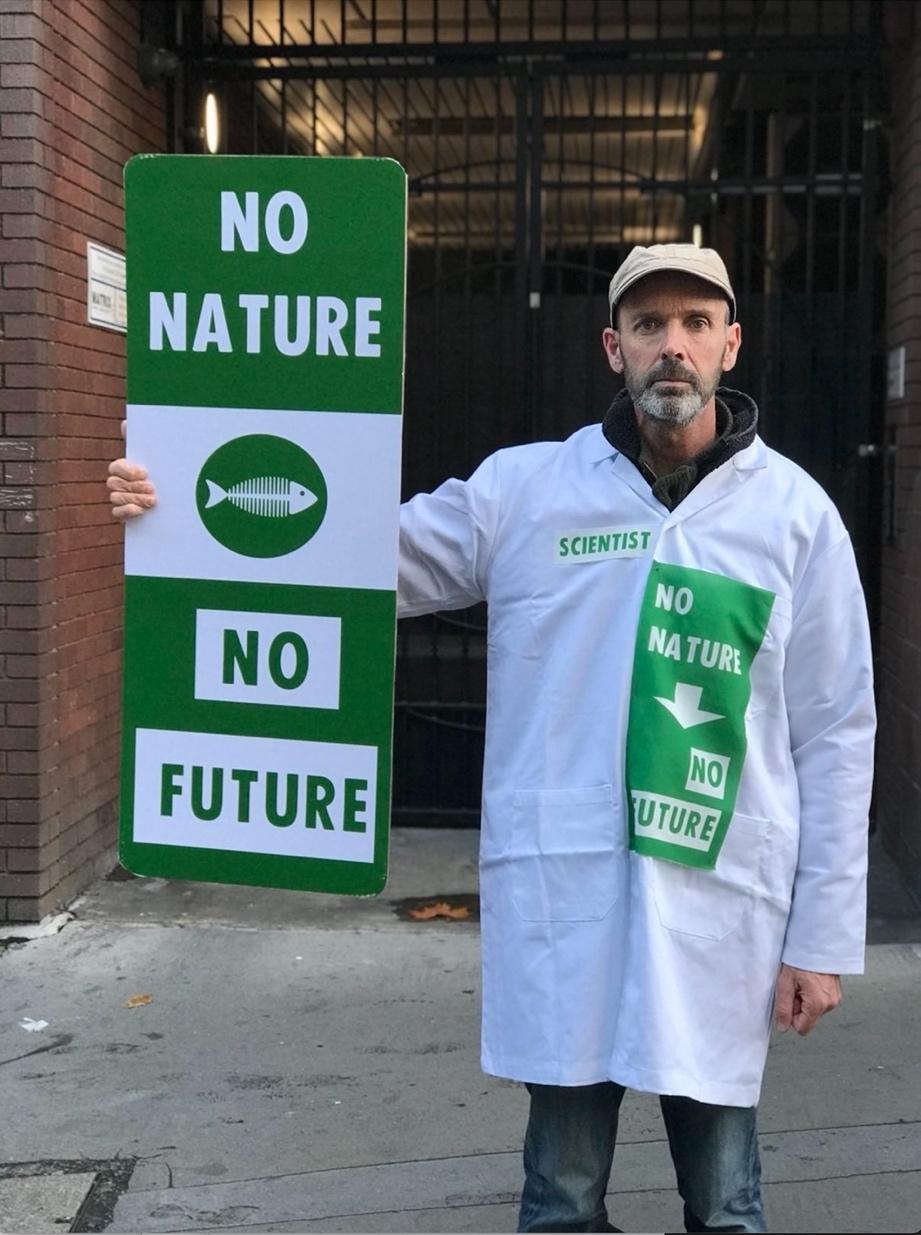 XR scientists in Action at Defra 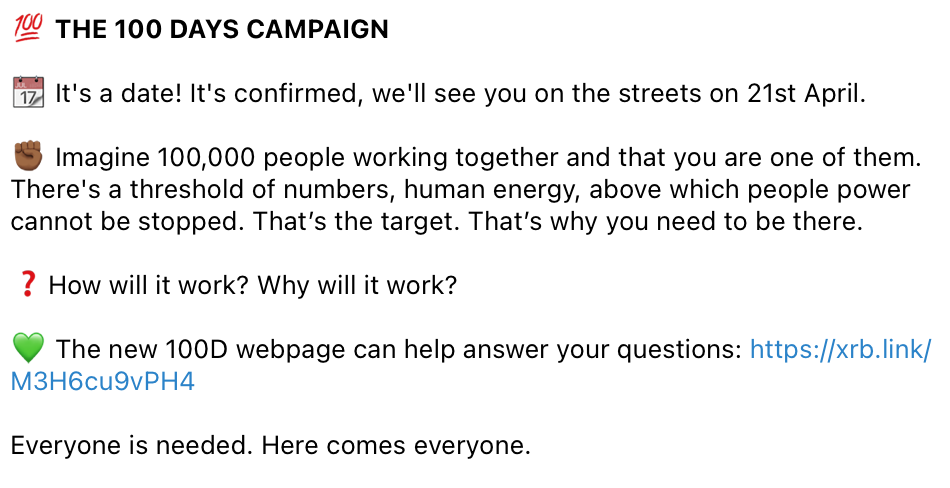 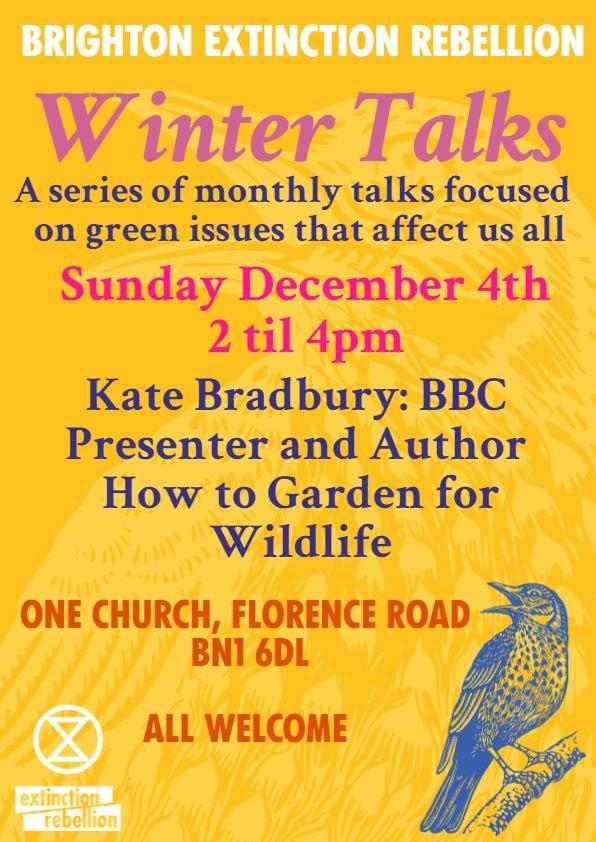 We are excited to be organising a series of monthly talks over the winter months, on green themes that are relevant to local people.

We hope these talks will be informative, and also help show the range of ways that you can get involved with Brighton XR.

Our first talk will be with the author and BBC presenter Kate Bradbury!

Kate lives in Brighton and Hove and has written a beautiful book, The Bumblebee Flies Anyway - all about rewilding her own small garden. Her book was one of the Books of the Year in the Guardian and Telegraph. She is a regular presenter on Gardener's World. Kate will talk about wildlife gardening with a particular focus on ways we can help combat climate change and species loss. Free entry, tea and cake by donation. 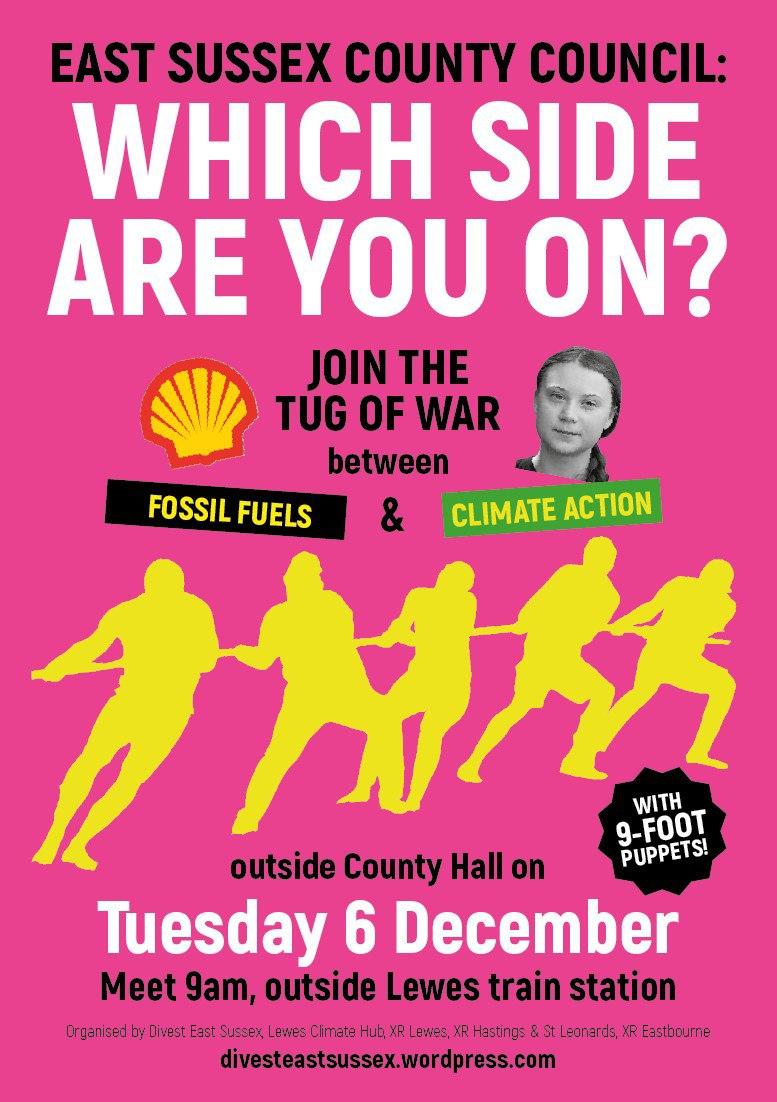 And for anyone who hasn't signed the petition yet, here's the link to sign online to demand East Sussex County Council stops investing in fossil fuels

On December 4th a talk by local author Kate Bradbury (see above) will replace the usual meeting. The following meeting will be a social event on December 18th.

Our next meeting will be on Wednesday 30th November at 7.00 pm.