The head of the International Energy Agency said it in 2021: "If governments are serious about the climate crisis, there can be no new investments in oil, gas and coal, from now – from this year."

UN Secretary-General Antonio Guterres said it in April: “Climate activists are sometimes depicted as dangerous radicals. But the truly dangerous radicals are the countries that are increasing the production of fossil fuels. Investing in new fossil fuels infrastructure is moral and economic madness.”

Yet still on June 1 the UK government approved the Jackdaw gas field. Jackdaw, owned by Shell, is one of the biggest remaining gas fields in the North Sea and has the potential to produce the gas equivalent of between 120 and 250 million barrels of oil. It is viewed as a particularly polluting field due to its high carbon dioxide content.

The #StopJackdaw campaign opens on August 20th. There will be posters and stickers across the UK, letters to MPs, rallies, marches and a petition calling on the government to reject the Jackdaw gas field, and stop all new oil & gas licensing and development, in line with climate science. Instead, the UK must deliver a rapid and fair transition to renewables while supporting affected workers and communities.

Since the Paris Agreement was signed in 2016 Shell has received over £34bn funding from international banks. Barclays and HSBC banks feature in the top five funders. Brighton XR rebels opened the local campaign with a demonstration outside Barclays and HSBC premises on North Street. They will be there again on Wednesday 24th August at 11.00 am

The air In North Street and in much else of the centre of our city is toxic. Continuous monitoring reveals a level of pollution, in particular nitrous oxide (NO2), far in excess of the maximum level recommended by the World Health Organisation. Nitrous Oxide is a cause and an aggravating factor of not only respiratory diseases but also heart diseases, dementia and stunted lung development in unborn babies. Brighton & Hove Council are drafting a new Air Quality Action Plan in an attempt to control the level of pollution produced mainly by motor vehicles.

Members of XR Brighton Health consider the proposed standards to be feeble. There is no safe limit for air pollution; WHO guidelines posit an upper limit of 10ug/m3 of nitrous oxide; the Council’s proposed Action Plan aims for an upper limit of 30ug/m3 over the next five years. XR Brighton Health is promoting a public petition to persuade the Council to aim higher - Make Brighton and Hove's air cleaner - that will be presented to the Transport, Environment and Sustainability Committee when it meets at Hove Town Hall on Thursday 20th September to consider the proposed Air Quality Action Plan. Invite all the local health care professionals you know to sign the letter. XR Brighton along with other campaigning organisations will assert its presence and its demands at 3pm on the 20th outside Hove Town Hall as committee members arrive for their meeting.

On the eve of the Festival of Resistance, Friday September 9th, XR rebels will cover the streets of Britain with posters, stickers, flyers and paints. In Brighton the plan is for a team to meet early evening probably near the pier before heading out equipped to paint the town. Keep informed via the Paint Brighton Streets – Uprising Telegram chat. Invite link: https://t.me/+bPqsOil3YuFjNDg0

The Festival of Resistance will kick off at 10.00 am on Saturday 10th September at Marble Arch. From there we will march to the park for three days of camping, filling the space with music, art, direct democracy and the tools and ideas of resistance and regenerative culture. There will be training in community mobilisation, and how to speak to people about Citizens Assemblies. 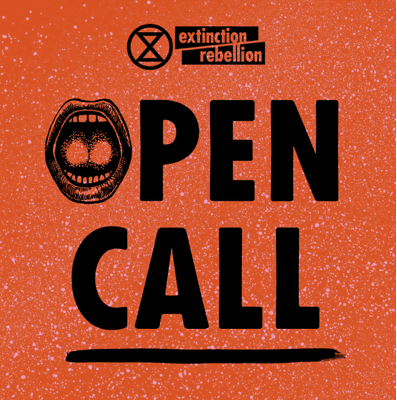 To register for the last Open Call on Sunday 28th August at 8.00 pm

Keep up to date with developing plans via the Rebellion Broadcast on Telegram and Mattermost channels.

After the Festival of Resistance in London the Rebellion Tour bus will come to Brighton on Sunday 18th September. The bus crew will bring leaflets, posters, art blocking kit and a small amount of ‘staging’ to set up around the bus. The crew will organise the Citizens’ Assembly but it will be up to Brighton Rebels to alert the folk of Brighton and invite them to join us.

If you wish to learn more about Citizens’ Assemblies register for the Explanatory Zoom meeting Intro to the Third Demand: What is a citizens’ assembly? on Tuesday 30th August at 7.30pm

To participate in the planning and contribute to preparations for the visit of the Rebellion Bus join the Telegram chat Rebellion Tour Bus - Sun 18th Sept.

Brighton XR Trade Unionists and a lively samba band joined the picket at Brighton Station to give support to the striking members of RMT in their dispute with rail companies and the government paymaster. Many are unaware that trade union membership is open to all, not restricted to particular trades.

We meet in person on Sunday afternoons every two weeks 3.00 pm - 5.00 pm at The Phoenix Community Centre, 2 Phoenix Place BN2 9ND. The next meeting will be on Sunday 28th August.

We also meet online every three weeks on a different day of the week to give everyone an opportunity to join in. Here’s an opportunity to check in if you haven’t been for a while, see what’s going on and raise topics of the moment. The next meeting will be on Thursday 1st September at 7.00 pm.