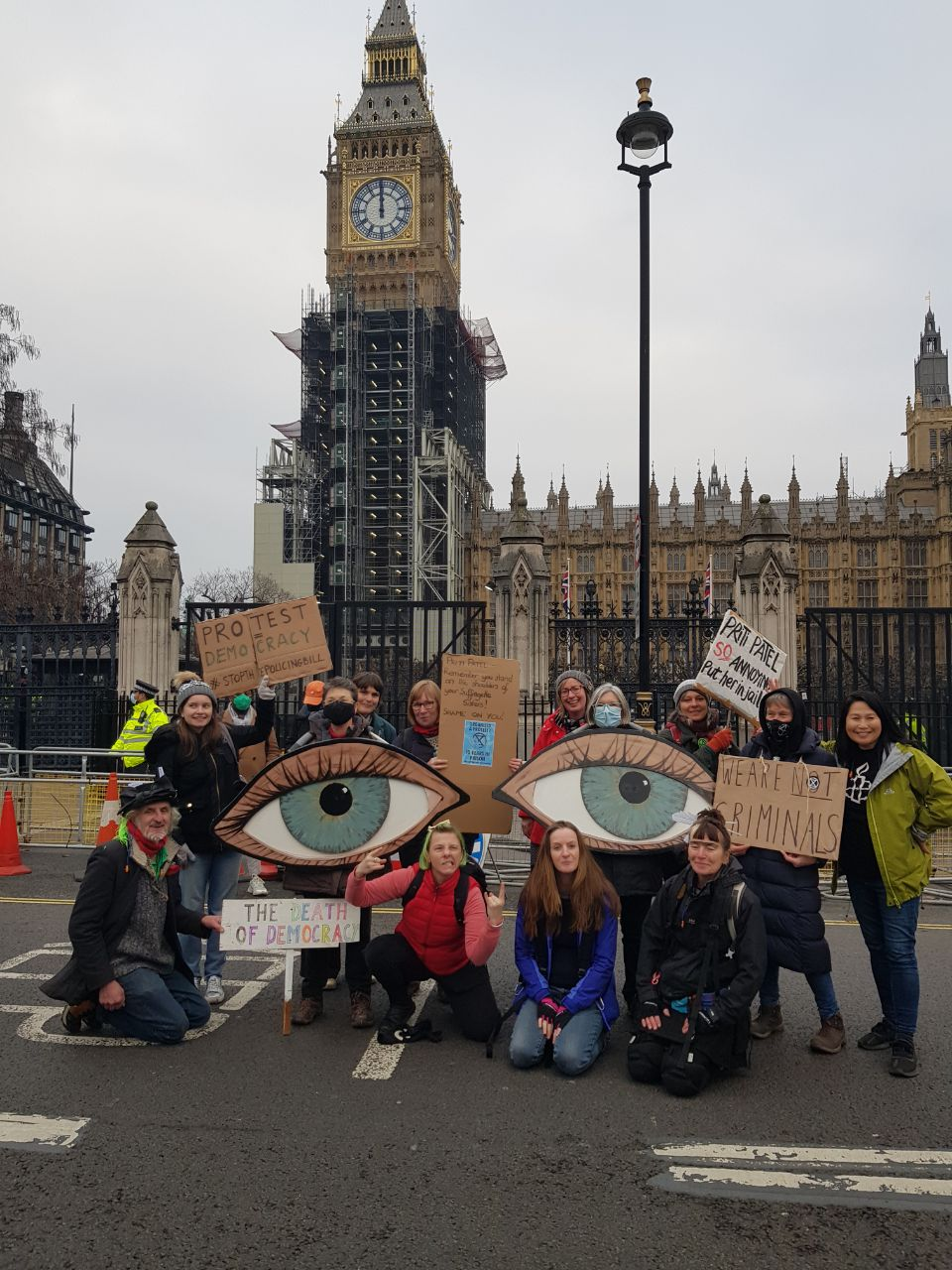 Members of XR Brighton took part in the Kill The Bill march in London on January 15th. Special mention goes to The Eyes! We are watching the politicians. The march ended with speeches in Parliament Square.

On January 17th, The House of Lords dealt a firm blow to the Government following a series of 14 defeats including amendments which sparked #KillTheBill protests across the country and prompted emails, letters, tweets and calls to MPs and Lords in their tens of thousands as part of a #DigitalRebellion.

Of the 14 votes; 6 relate to clauses that were introduced to the bill when it was already in the Lords, which means they cannot be overturned in the Commons. These defeats are final and these clauses can only be introduced under a new bill.

The fight isn’t over yet. The Bill will return to the Commons, so we need to keep the pressure up. 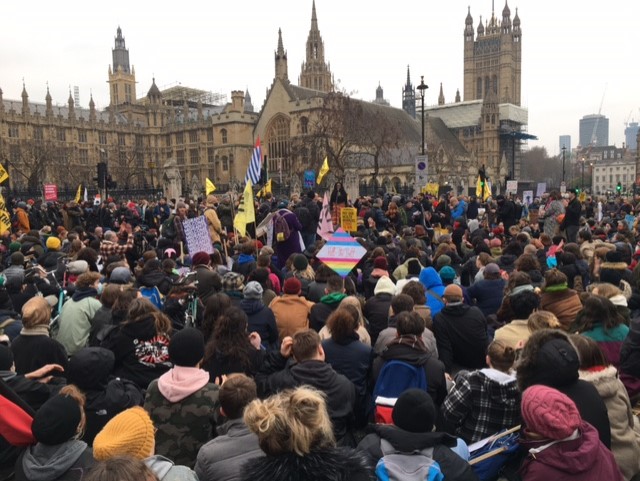 And in Brighton, a vigil was held at the War Memorial on the Steine. 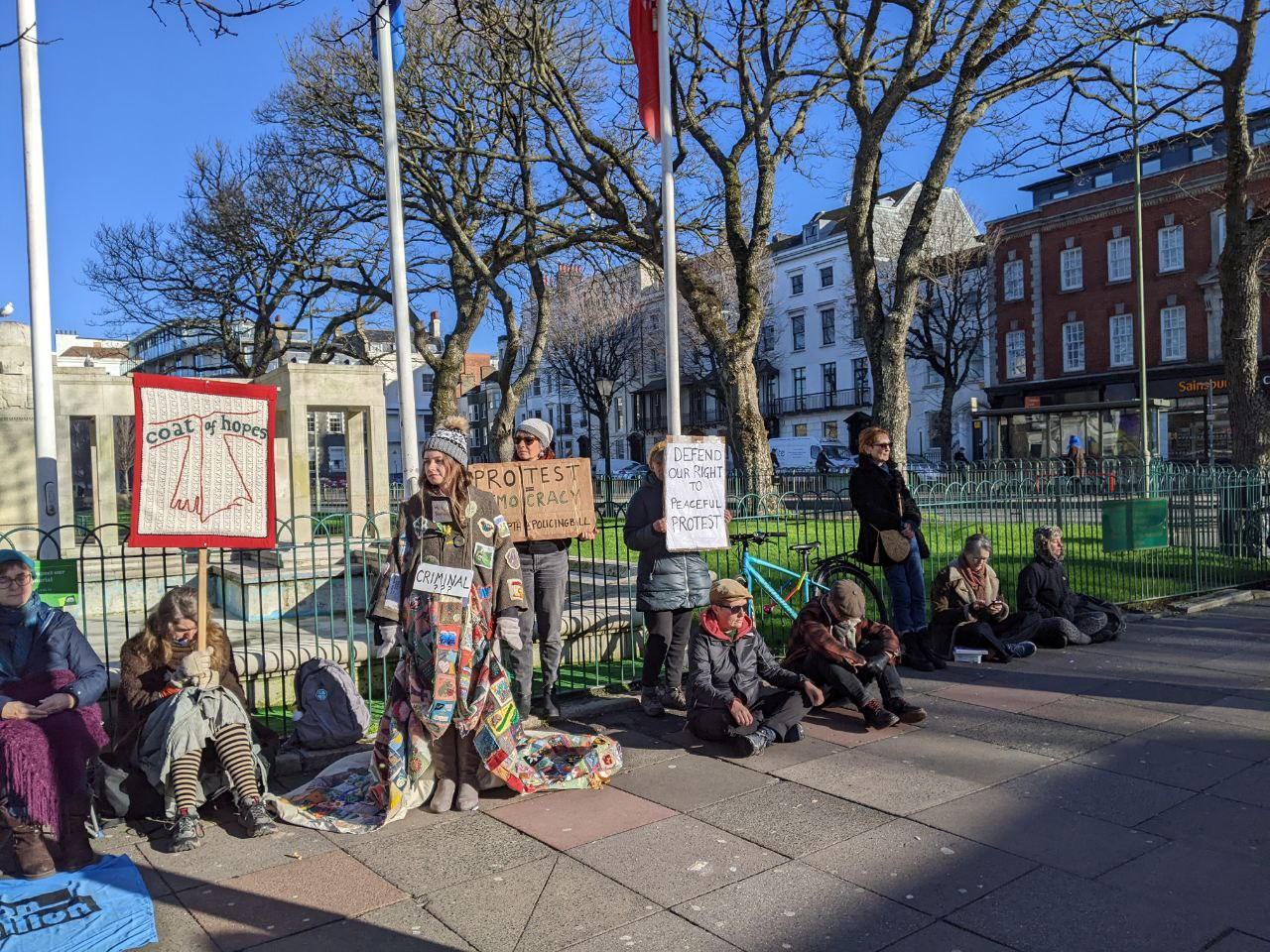 Keep an eye on the #DigitalRebellion Policing Bill page https://digitalrebellion.uk/policingbill for an update on specific Tory Targets and a draft letter and the Policing Bill Toolkit for further links, resources and draft letters https://trello.com/b/1PA9NnNZ/policing-bill-tool-kit

A treehouse has been constructed in opposition to development works imminently threatening an area of ancient woodland and badger setts in the corner of site 21 in Coldean.

Youth activists occupy the treehouse 24/7! But their time is stretched thin in the third year of their degrees.

This callout is for support to Coldean ARC in any capacity.

Brighton’s minimum housing target of 13,200 additional homes is achievable by developing only the brownfield sites listed in City Plan 2. If we do not take a stand more precious wildlife sites will be lost unnecessarily, DURING A CLIMATE AND ECOLOGICAL EMERGENCY.

For more information or to get involved in the campaign please join the telegram channel below: 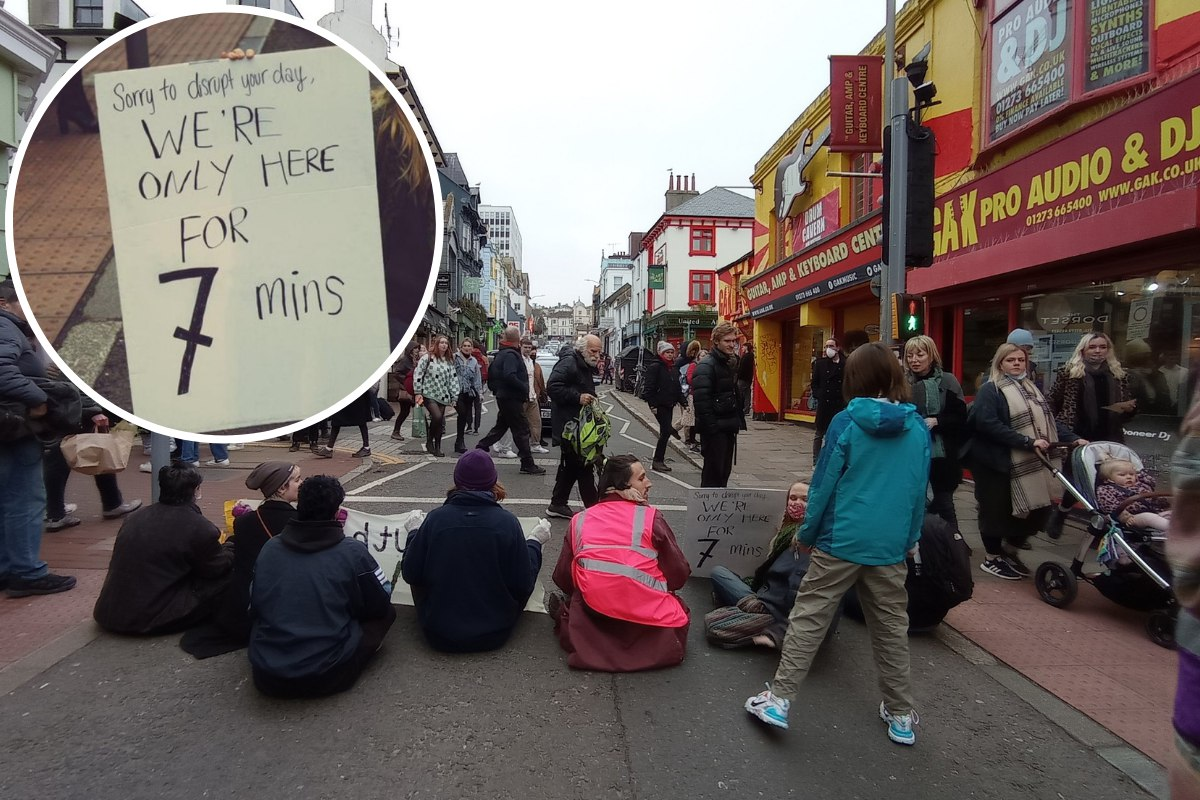 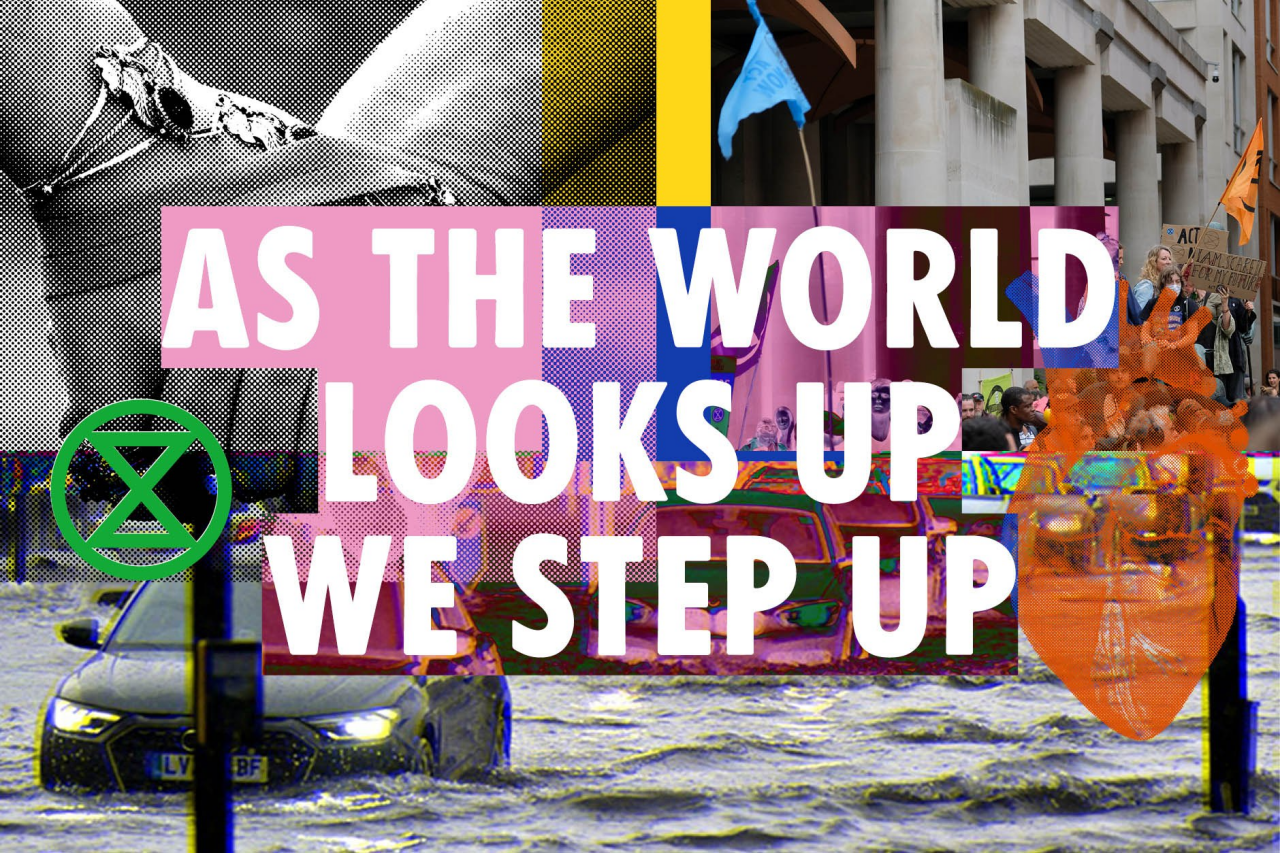 Three and a half years ago we started the biggest Civil Resistance movement in the UK since the Suffragettes. Some say it’s the most successful start-up in history, with groups in over 100 countries and on every continent – even Antarctica.

The Strategy ON TOUR- some venues in person!

Join the tour to meet strategy designers and others who are putting it into practice. Ask questions and get inspired!

We will hold our local discussion of the strategy, its import and implementation at our General Meeting on February 1st. 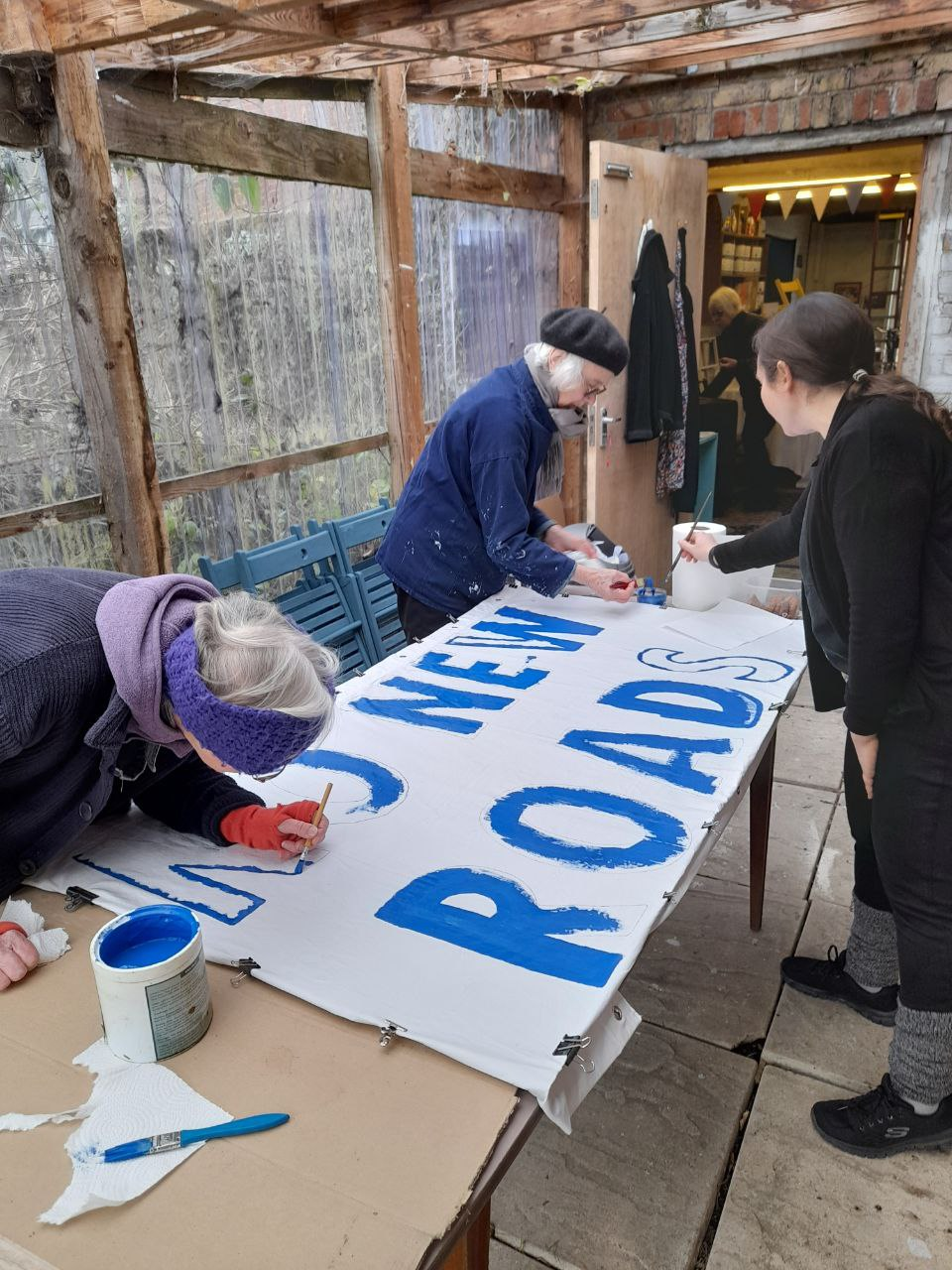 Are you outraged by the Government’s road building plans? XR Brighton are joining with people from Arundel who are opposing the new Arundel bypass, planned to go right through an ancient woodland.

If you would like to join the banner drop on Saturday January 29th, please meet at Brighton station at 10.32. We will be travelling to Arundel to show our support for local opposition to the new bypass. If you are interested in joining us, email xr_brightonpress@protonmail.com


THE MAGIC OF PEOPLE POWER: HOW WE’RE GOING TO BUILD TO 3.5%

The idea is a simple one: the more of us there are acting together in civil disobedience, the greater the chance the government will listen. Have we given up on this idea?

Or do we still secretly dream of millions of people walking onto the streets in defiance & love?

Do we still hope for a mass movement, united and unstoppable?

Do we still believe in the power of the people?

XR Project 3.5 is an offering to the movement, a simple plan for how we can recapture the magic of XR by making 2022 The Year of the Conversation - building local power and growing the movement exponentially. It's an idea worked on by a handful of rebels & months of research and homework and experimentation, which we would love to pitch to you and invite you to join. There's plenty of work to do and there's a role for everyone.

View our calendar of open zoom calls & register for one here: https://us02web.zoom.us/meeting/register/tZ0vdOivrDopE9Ddu5rAwZ9t-l-o1iEn3Xc8


Get Ready to Rebel in the New Year! 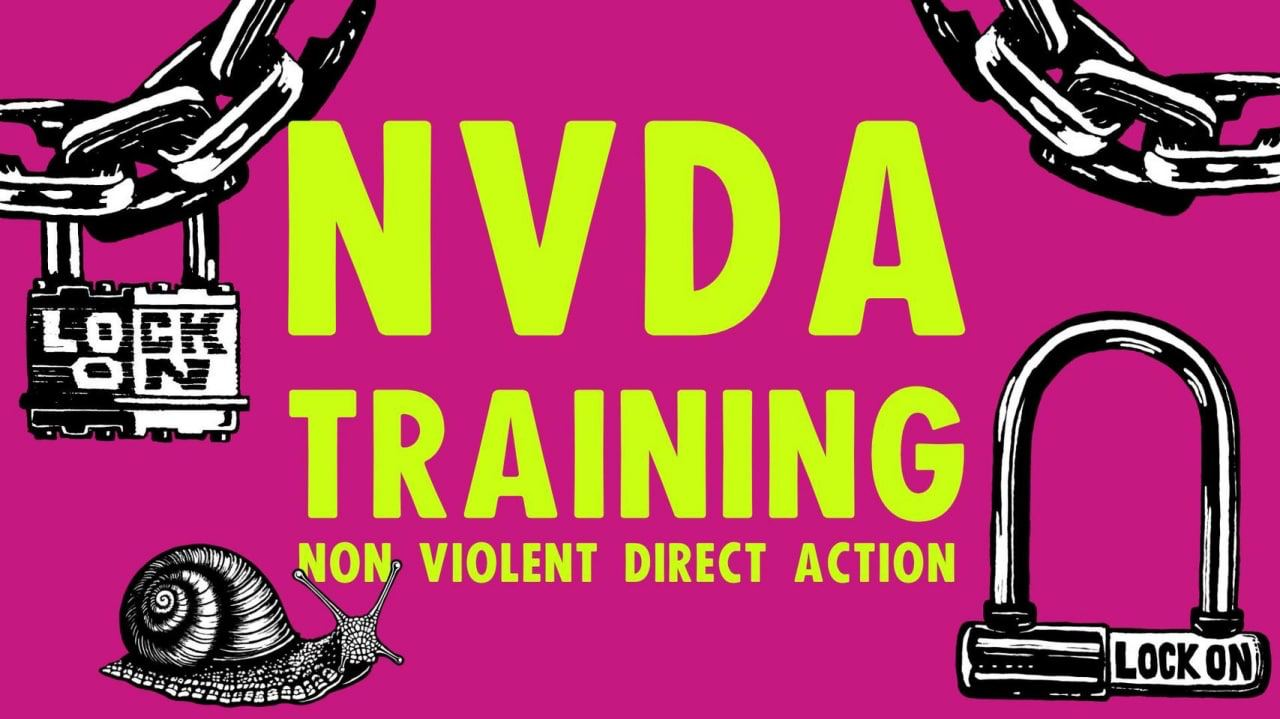 You'll learn about the history of Civil Disobedience, theories of NonViolence, and various NVDA skills such as how to talk to the police, how to block a road, and how to use your support systems.

No prior knowledge is needed, just fierce love of our planet and a sincere desire to protect all life.

Convex Insurance are continuing to refuse ruling out providing insurance coverage for the controversial Adani Carmichael coal mine, which will:

Destroy the ancestral lands and waters of the Wangan and Jagalingou people without their consent.

Add 4.6 billion tonnes of carbon pollution to our atmosphere.

Ironically, Convex is sponsoring Blue Marine Foundation and the University of Exeter to perform ocean research into climate change, in an attempt to greenwash their image.

Tell Blue Marine Foundation and the University of Exeter: Don't take a penny from Convex until they join 43 other insurers and rule out the Adani Carmichael mine!

Standard Chartered coordinates $400 million ‘sustainable’ financing for company building new 12 million-tonne coal terminal…despite pledging ‘Net Zero Emissions by 2050’ StanChart is also lending to a gas processing facility that would light the fuse on a carbon bomb at the scale of 15 coal power plants.

We need to call StanChart out for its climate hypocrisy! The bank says it’s ‘net zero by 2050’ but the International Energy Agency (IEA)says net zero means no new fossil fuels. Either the science is wrong, or StanChart is

We have a list of emails of StanChart’s board and senior management. Pick your targets here.

WHAT SHOULD I SAY?

Here’s a suggestion, or write your own. It can be as long or short as you want - the key point is that the IEA says ‘net zero by 2050’ means no new fossil fuels!

Divest East Sussex will be gathering outside Brighton Town Hall on Thursday Feb 3rd to protest about the ongoing lack of representation for Brighton residents on the East Sussex Pension committee. XR Brighton, XR Lewes, XR Hastings and many other groups are also supporting this campaign.

Did you know that almost a third of the funds invested by the East Sussex Pension Fund come from Brighton and Hove Council employees? East Sussex County Council has £74 million pounds invested in fossil fuels through its pension scheme. Join us on Feb 3rd to make your voice heard.

Everyone is welcome. Come, join in, reflect, and plan our way to make a difference and create change. It’s you that makes the difference!