WHAT HAS BEEN HAPPENING?


THIS IS A CLIMATE CRIME SCENE!

On Tuesday December 7th, protestors from Brighton XR, Lewes XR and Hastings XR joined one another to surround ESCC with climate crime scene tape. Blowing whistles and banging drums, we let ESCC know that their ongoing pension fund investments in fossil fuels are a climate crime. 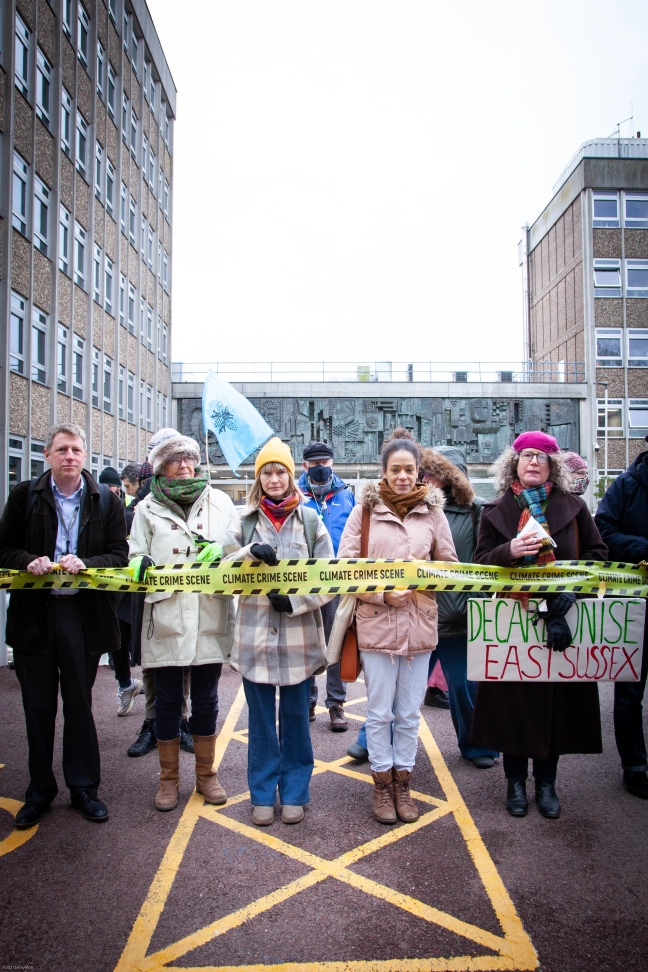 On Sunday December 5th, the Brighton Brollies were in action again. Starting in Churchill Square, the Brollies moved through Brighton, dancing in the streets and raising awareness with Christmas shoppers. 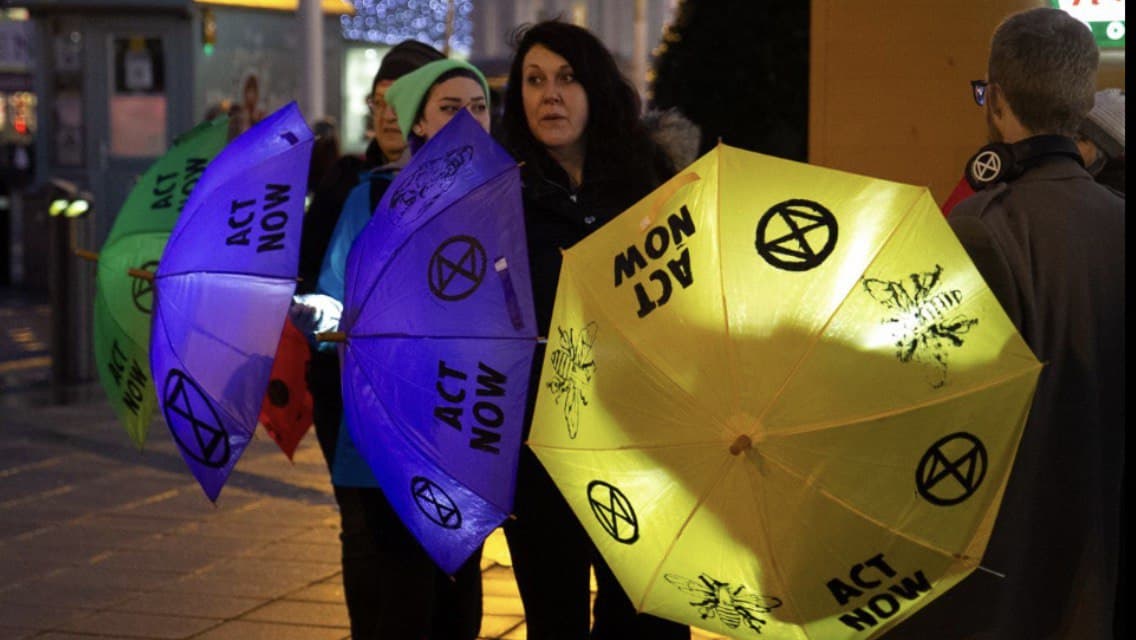 Protesters stand on the steps of Barclays to demand the bank ends its investments in fossil fuels.

Find out here which banks are the most ethical: https://switchit.money/ 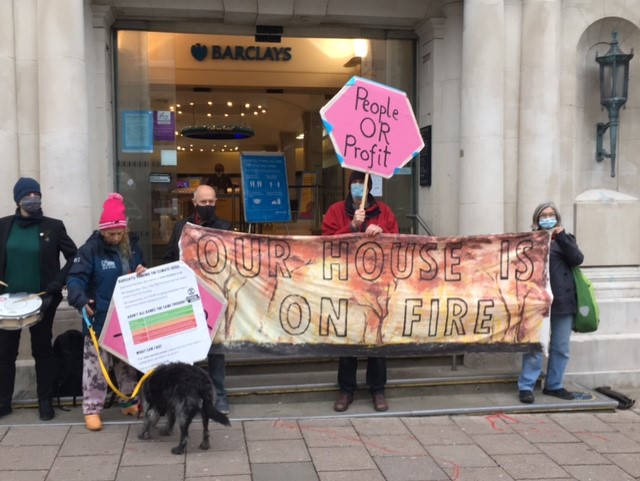 The General Meeting space on Zoom on Tuesday 14th December was used to facilitate the election of the new Coordination Core. Rachel was elected as External Representative, Neil (@nibs) is our new Communications Lead, Catherine is staying on for another three months as the Coordination Group Shepherd, and Kate has joined the team in a more informal support role, affectionately termed ‘Extra Brain’. If you’re not familiar with these roles and want to learn more about them, you can read the role descriptions here.

The Coordination Group (a larger group which includes the Core and representatives of working groups, affinity groups and other groups) agreed that in future, having role holders changing over at different times will help with smoother transitions, rather than re-electing the Coord Core all at once. We are therefore expecting to recruit for each Core role at separate times in future.

The changeover meeting was a beautiful meeting to participate in, with a lot of love for everything the outgoing Core has done over the past three months and huge support and appreciation for the new Core team. Our strength lies in our community as a Local Group, and it was so good to show our appreciation for one another at the end of the year.


SEE YOU IN JANUARY, BRIGHTON!

It was with a heavy heart that the Coordination Group decided to cancel our Christmas Social planned for Thursday 16th December. Given soaring cases of the Omicron variant, we didn’t feel it was responsible for us to be encouraging face-to-face meetings at this time.

Meetings will restart in early/mid January. We will be holding one meeting a week, starting with Zoom, and reintroducing in person meetings as and when the Covid situation allows.

Rest well over the festive period. Recharge and look after yourselves. Reach out for support if you need it. We’re already looking forward to reconvening in January and hatching plans that point us to the more beautiful world built on climate justice that we know is possible.